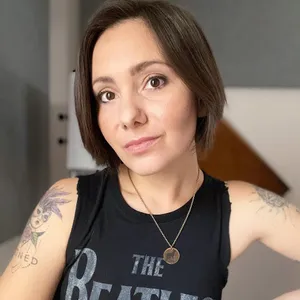 Melissa Harding a Los Angeles based singer, songwriter and vocal coach. Trained classically with a background in musical theatre, she was a touring back up singer with rock band Sixx:A.M. for many years, providing backing vocals for the bands sister albums “Prayers for the Damned” and “Prayers for the Blessed.” Melissa has produced multiple one woman cabarets in Los Angeles and in February 2022, she released her newest self produced single “Paper Suit.” She is currently writing/producing/scoring a 10 part documentary style podcast and an all new album to be released next year.  www.melissahardingmusic.com